We went up to the airport last night to take the camper up, and do another flight with Richard.  They were running a little late, so Erica and I went ahead and loaded up to do a few takeoff and landings.  I wanted to practice for the spot landing contest.  I didn’t get the stratus on, but we did a few spot landings, then Erica did a few takeoffs, and started some pattern work.

Richard and I went up, he did the takeoff, then did a series of practice maneuvers, 360 turns, slow flight, power on and power off stalls, then practiced and demonstrated go-around procedures.  After wringing it out, we went back for some pattern work.  There was another airplane in the pattern, which worked out well since our first trip around was going to be a go-around.  We did the go around, then Richard did the rest of the pattern right down to short final where I helped with the landing, but Richard did most of it.

It was a good day of flying.

Now, we are excited about the Camp-In/Fly-Out that EAA 1218 is hosting this weekend.  We have invited a lot of people, and hope to have a great weekend aviating with friends. 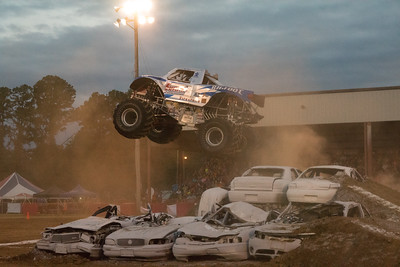